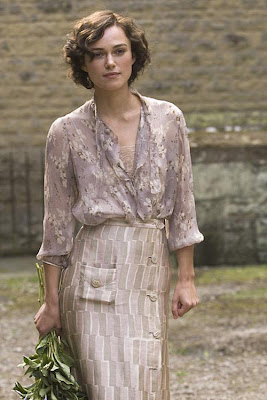 Colleen was lucky enough to go the re-opening of The Roxy, a Wellington Cinema that exemplifies the glamour of the golden age of Hollywood. It has been painstakingly restored to it's former 1930's glory and now in super-modern 2011 it appears absolutely opulent, lavish and over the top. It is a total novelty to us to imagine a trip to the movies as something so glamourous. 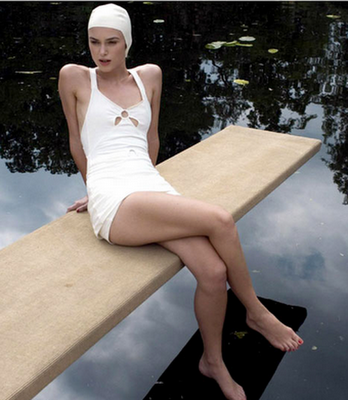 The 30's did dressing up so well but in ways that we can relate to. It wasn't the roaring, frivolous decade of the 20's nor the entirely somber and restrained 40's. The 30's had style and a modern attitude. Designs were simple but refined, elegant and sophisticated even by todays standards.

The aspects of 30's fashion that I especially adore, is the way in which women wore the trousers. High waisted, wide legged ones that gave a silhouette not all that different to an evening gown. Trousers were still not common female clothing so weren't worn with the kind of day-to-day mundanity we tend to now. I love the way that an underlying practicality was given such a fashion focussed twist. See: Katherine Hepburn and Marlene Dietrich. 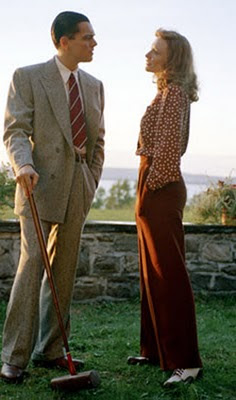 The 30's were 70 years ago now but in so many ways those times weren't all so dissimilar to the present and today in 2011 much of the style and fashion would still look incredible and contemporary. Imagine walking into the office dressed as Katherine Hepburn, I'd argue that everybody would consider it a pretty modern take on corporate attire. That's the beauty of fashion and design, as time passes, aspects and influences come back and are re appropriated. And, if you're asking me, the 30's could do with a bit more of a comeback.

If you're looking for some great 30's fashion cinematic action spend the weekend watching Atonement and The Aviator.