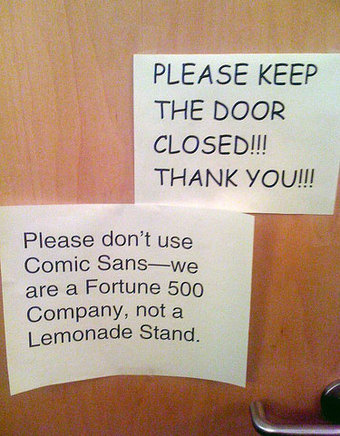 Ok and here’s were the post gets real dangerous... (Hastily looks up tickets to Hawaii) I’m not all that offended by Comic Sans. Ok it’s not very fashionable at the moment but a lot of fonts I hated at art school ten years ago have since come back in trend. Fashion is cyclical and it’s perfectly possible some great young designer with more vision than me will take on this font and do something great with it, something that we’ll all want to emulate and bam suddenly we’re eating our roundly san serif words.
Posted by dear colleen at 20:44