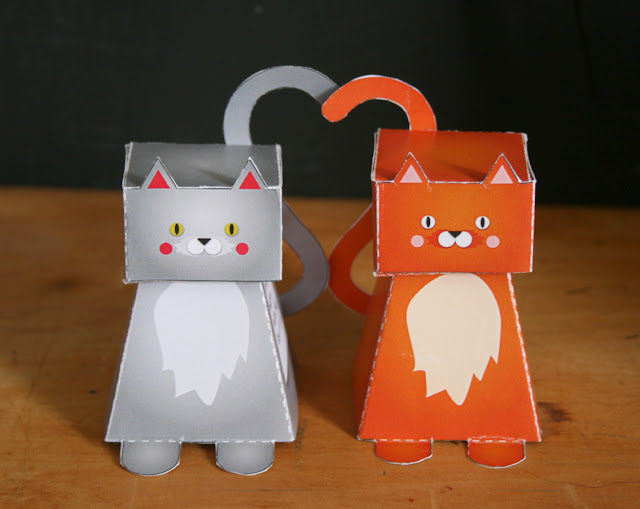 Incase you want a more adventurous Valentines card for your sweetheart, here’s a pair of love cats. Their tails join to make a heart for an added awww factor. The grey cat also has a little square on his side for writing your own message. They won’t take you more than 10mins to make and all you need are a couple of sheets of 250gsm thick paper, a pair of scissors, a ruler, some double sided tape or glue and a craft knife would also be helpful. 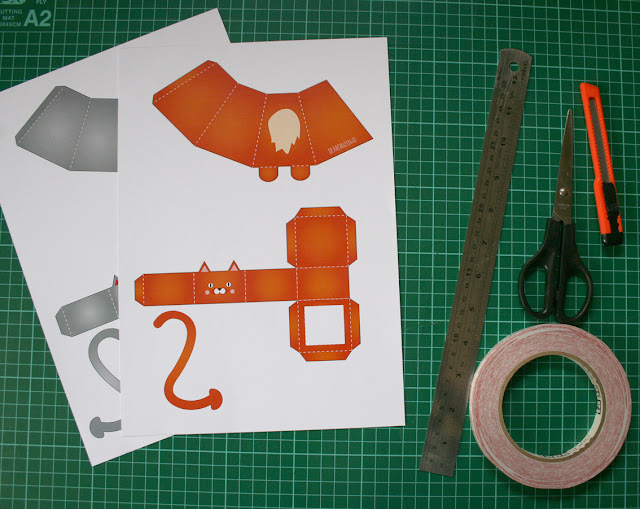 1. Download and print out the love cats on two sheets of 250gsm paper.

2. Cut around the outside grey line. 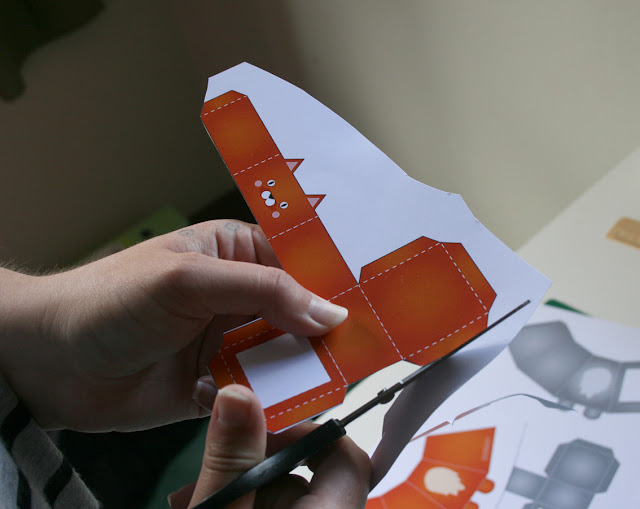 3.This is the tricky part! You also need to cut out the white square on the base of the cats head. Ideally you would use a craft knife but if you don’t have one it can be done with a pair of scissors, you’ll just need to create a hole in the centre of the white square first (this could be done by poking a sharp pair of scissors through or with a hole punch). Once you have a small hole, you can put your scissors in and start snipping. 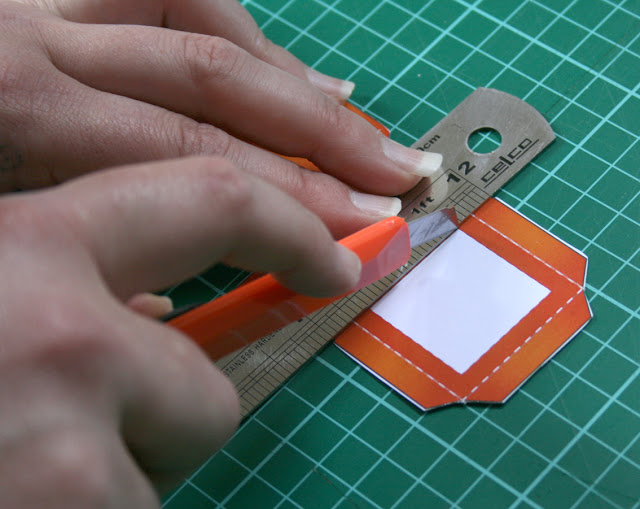 4. This step is optional. If you have a craft knife you should now cut a slit on the marked dotted line at the back of the cats body. If you don’t you can stick the tail on later.

5. Using the back of the scissors and a ruler score along the white dotted lines.

6. Fold the scored lines and add double sided tape or glue to the flaps to stick them in place. The head makes a oblong box and the body a flat topped triangle. 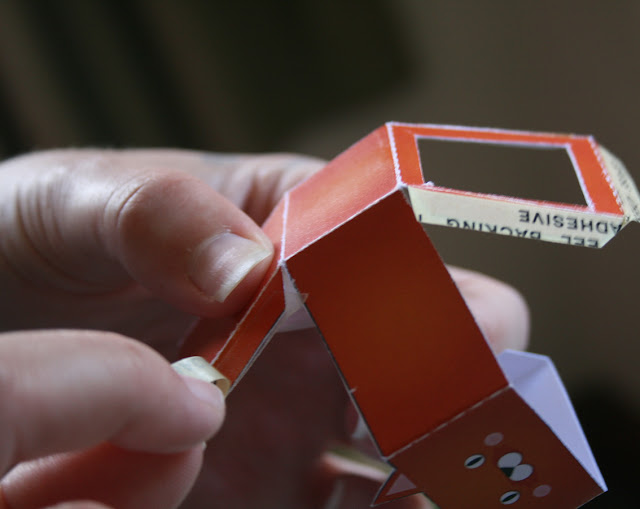 7. Push the hole in the bottom of the head over the top of the body. 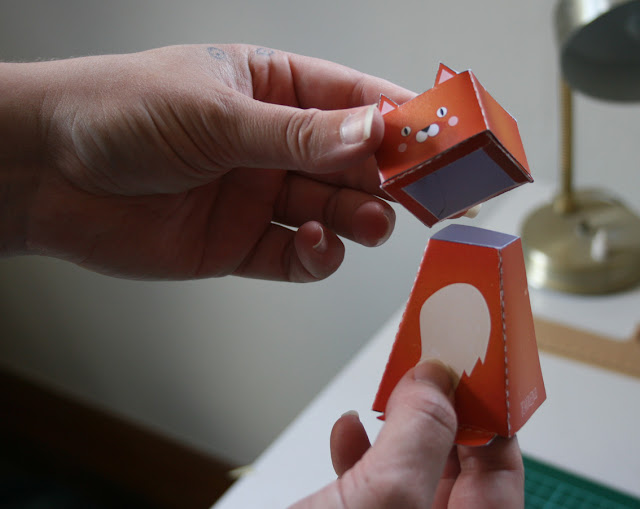 8. Finally add the tail either with glue or through the cut slit. Make sure the coloured side of the tail faces front.

9. Repeat the steps above to make the second cat.